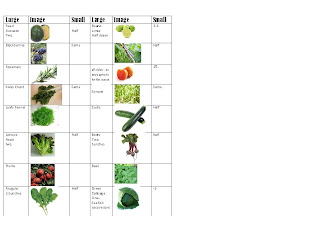 Ha! Where do I begin? For starters, we’re really disappointed to see that we have been unable to protect our amazing strawberries from theft. With a couple thousand row feet of beautiful strawberries, we sure anticipated including the just-picked fruit in shares through much of the Spring and early Summer. Unfortunately, that hasn’t been the case. Not because we finally got with it and learned the tricks of growing this delicious crop; but because theft is a problem that we haven’t solved. Next season we will not be growing high value crops in out fields that are indefensible. Here in Rainbow, if a high value crop (read: can be sold at a farmer’s market) isn’t being grown behind a six foot, chain link/razer wire/electrical combination security fence–preferably with motion detection; you should just forget it.

Apricots were again stolen this week; the kids on the farm actually confronted the family of thieves (hey mom and dad! You actually brought your kids along for this family outing? You KIDDING me?). Our oldest apricot tree, well into the center of our farm, was climbed and broke in half from the weight of the intruders. We still have apricots in the next couple of weeks, but not nearly what we had hoped for.

The reason we were unable to include any loquats in shares this year, FYI, was because all the trees were stripped by thieves the week we had scheduled to harvest.

We’ve been here for 11 years, and this is the first year we have seen these kind of losses. Mostly, over the years, our worst thieves have been squirrels and gophers. Now two legged thieves are a real problem. Instead of allocating funds for more mulching, and crew raises(!) , we will be spending limited funds on security fencing, motion detection, and when high value crops are near harvest, nighttime survelliance.

Here’s our ticket for this week. I couldn’t get it on one page, so scroll down and you’ll see the second page. If anyone knows a better way to get our harvest ticket with images onto our blog, we sure would appreciate the tip! We create it in Word, then copy. Then scan and save, import from saved file to here. Surely there is a better way! 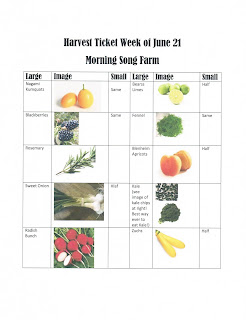 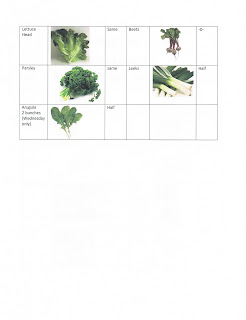