Midweek, we are finally seeing our berry bushes full of ripe berries. It’s been a weird summer berry-wise. We’ve never seen so few berries! Although it’s a fond memory; early summer was really cool out here in East County; something I guess we can expect to see every 20 years or so. Our berry bushes hated the unseasonably cool weather and responded by sulking in the coolness with loads of unripening berries. We kept saying NEXT WEEK! That said, even though we’re in berry heaven yield wise; these aren’t the sweetest berries you’ll ever try. It’s not the variety’s fault– as we’ve been growing these for a decade, and they’re usually sweet.

Large shares received Fuerte avocados; which should be among the best Fuerte’s you’ve ever tasted. They are ready to pick around November-December, and we’ve waited until now– in August– to allow them to increase their oil content. Few farmers will do that; and it’s one of the reasons that Fuertes have a bad rep, they need just as much time as a Hass to develop full flavors, but can be legally picked long before the Hass can be picked; so they are. Off the trees they go in November, and they taste like water.

Another fruit that develops complexity and sweetness over time is the kumquat. We don’t have enough to put in our boxes anymore, but a few subscribers order 5 pound bags from time to time. It’s rare to even see a kumquat at the farmers’ markets in the summer. But NOW they’re much sweeter.

We’ll have kale this week, and hopefully next. We have to plant one row for us and two rows for the Bogota bug who targets only brasicas. I hope you’ll try it as we love it: cut up and massage a good quality olive oil, a little crushed garlic and salt into the leaves and then lay out on a baking sheet at 250 degrees until crisp. Use as a gluten-free crouton on your fresh salad, or sit down for movie night and eat a whole bowl of these as you would popcorn. I’m addicted to baked kale like this, and can easily eat a whole bunch each day. Kale is one of those veggies that requires some effort to enjoy, but its nutritional value makes the effort a worthy one.

You’ve seen Asian pears in your boxes for a few weeks now, and we want you to know they store well. Like apples, they actually taste a little bit more complex after cold storage.

We look forward to our fall fruit: macadamia nuts, passionfruit, guavas, persimmons and apples. What’s more, as it cools down, we hope those that would like to visit us will consider coming out for our next farm tour. We’ll schedule as soon as the weather is reliably cooler. 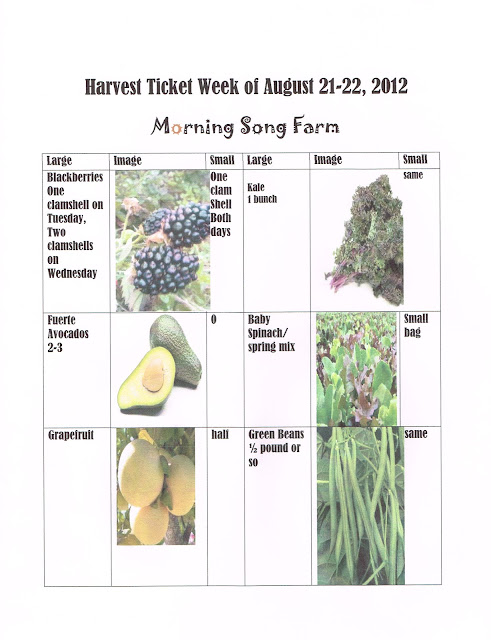 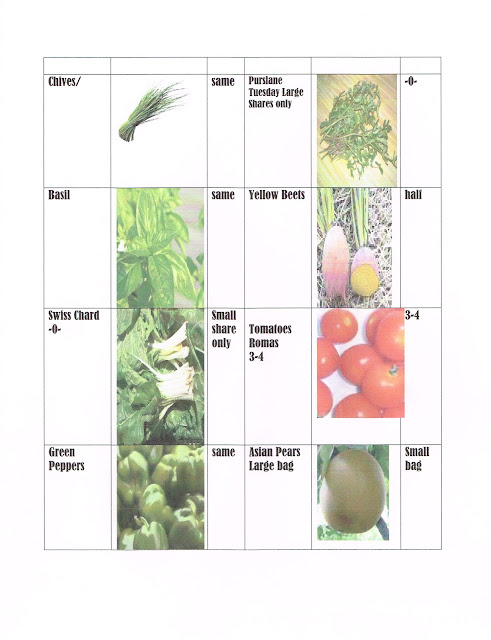 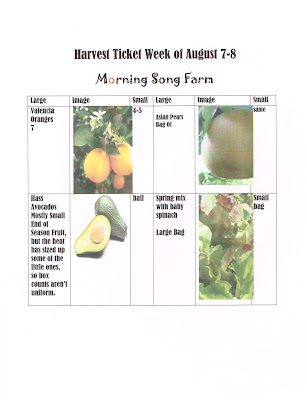 Click on image to enlarge for easier viewing. What’s unusual this week is the purslane that you’ll find in clamshells. We’re excited to get it back in our boxes this week. Purslane boasts some stellar Omegas besides its signitaure crunch! Eat raw in salads or serve with dip as in the image below.

Daughter Tessa discovered an enormous bumper crop of our normally meager sour wild grapes. Too late to get in any but the trade in shares on Tuesday, we put our wild grapes in all shares on Wednesday. Yes, they’re somewhat sour, but so tiny that they can be enjoyed by anyone–even sour grape haters; just throw in a smoothie if you like your grapes sweet. These are seedless and really flavorful! 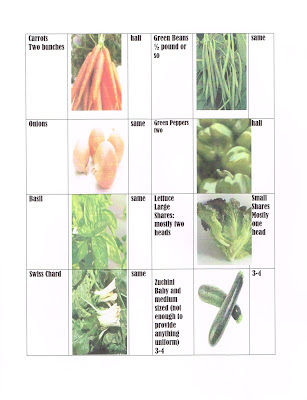 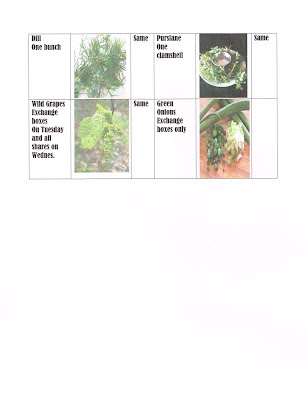