This is quick and easy! Parsley is NOT just for garnish. Try this!
Ingredients:
2 cups cooked rice, chilled.
4 cloves of garlic, crushed.
Half bunch of parsley, chopped in cuisinart
2 Tablespoons California Olive Oil
Dash of salt to taste
Half teaspoon of crushed pepper
Dash of tabasco.

Serve chilled with the remainder of the parsley bunch cut into large pieces and used to circle the serving bowl.

This is an alternative to the ubiquitous mayonaise-based potato salad you see everywhere, and considerably less calorie-rich.
Ingredients:
3 cups Potatoes, boiled (don’t overcook–they should still be firm) cubed, doused in ice water, drained and set aside.

This is a super

simple deal. I did a book signing/cooking class at Sur La Table a year ago, and this cooking store has an amazing little ice cream maker that is worth taking a look at.
What I thought was cool about it, besides the cheap price, is that is doesn’t require salt and is so quiet you can have it going while you and your guests enjoy your main course. How many times have I had to haul my stupid Wal-Mart ice cream maker into the barn so I didn’t have to listen to it while I enjoyed my meal? Here’s the solution to that! This one is quite an improvement, for aruond $50. http://www.surlatable.com/product/PRO-724435/Cuisinart-Classic-Frozen-Yogurt-Ice-Cream-and-Sorbet-Maker-Lemon
Ingredients:
* 3 cups strained grapefruit juice
* 3 tablespoons vodka
* 3/4 cup simple syrup (1/2 cup sugar cooked with 1/3 cup water until clear)
* cup of frozen strawberries or blackberries, pureed with the grapefruit juice (I use a vitamix; but a Cuisinart will work, too)
Directions:
Mix the juice, vodka and simple syrup. Place the mixture into an ice cream mixer, and freeze according to manufacturer’s directions. Serve at once or transfer to a freezer container and freeze until ready to serve. To serve, hollow out grapefruit halves, fill with sorbet, garnish with a berry, and serve. 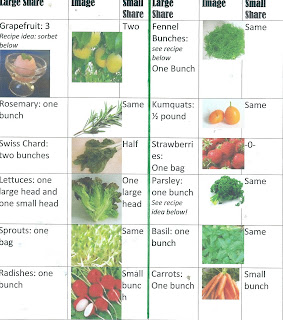 Well, I knew Gracie would be delivering her babies any minute last night, but at some point I had to give up and go to bed. My alarm rang this morning at 4:45 and I jumped up to check on her. As I poured myself a quick cup of coffee, the farmhouse’s kitchen window overlooks the llama corral, and I could see the llamas were upset about something because they were both “pointing” to the barn. Llamas will usually point if there’s a coyote or dog in the vicinity. They assume a sturdy stance and “stare down” the intruder as their first line of defense. I ran out the front door to count my goats and calm my llamas. One goat, two….missing number three. I found Gracie in the llama barn at the tail end of labor with three little fluffballs prancing at her feet. The photos here are of Gracie’s babies right after birth. I was expecting them to be kind of unattractive, like a new

born puppy or kitten, but the Nigerian newborn is beautiful and cute, fluffy, wide eyed and playful. The lllamas aren’t endeared however; they’re actually afraid of the baby goats for some reason. Couscou hasn’t come into the barn to eat all day. He’s spent the day trolling the farm, eating weeds and nibbling trees. He tolerates the goats, treating them like baby llamas; but the shoebox sized beasts in his barn today are another thing entirely. There’s no such thing as a llama that small, and he’s decided they can’t be trusted.