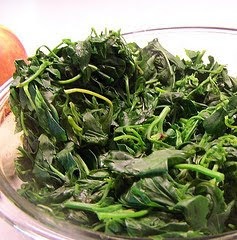 Okay, this doesn’t look much different than spinach or bok choi, but it enjoys some remarkable attributes that its competitors lack. A half cup of cooked greens boasts 300 mg of calcium (Swiss chard has 88 and spinach 93– to offer a comparison.) Cheno is also packed with Vitamin A at 11,600. (With Swiss chard at 6500 and spinach at 8100)
And among the reasons that Cheno has been labeled a “famine plant,” is because it has over 4% protein. Michael Pollan, author and true food advocate, labels Cheno (along with purslane) “two of the most nutritious plants in
the world.” Interstingly enough, the plant is used by Biodynamic farmers to feed the soil. Indiginous people all over the world have cultivated Cheno, and archeologists have reported that there is evidence that the plant has been consumed for thousands of years.
Ancient South Americans developed Chenopodium Quinoa (a very close relative) for its nutritious seed grain, while we North Americans are only now seeing Quinoa in our cutting edge restaurants and cookbooks.
Like Quinoa, when you heat Cheno’s seed pods that this week you’ll find on the stalks, they’ll “pop” a little. Use a very hot skillet with just a dash of a quality olive oil. I let cool for a minute, then tossed in a clove of garlic, sea salt, and shaved some parmmeson cheese onto each serving.
Mr. Pollan, who advocates for Americans eating more wild botanicals,
called lambsquarters and purslane “two of the most nutritious plants in
the world.”
0

I don’t bother to actually measure ingredients, so I guess
this isn’t technically a recipe, but here’s the process. Dump all your kumquats
in a food processor or blender. I use a Vitamix which I can’t live without, but
for this, probably a cheap blender would work all the same. I add water to just cover the fruit. Hit puree. Then I dump the contents of the blender in a
strainer, and using the back of a soup spoon, I force the juice through the
strainer, and toss out the mash with the seeds. The juice that’s left I put in
a saucepan and heat with a little added sugar to taste. Don’t try this without
sugar, although I’m a huge advocate of stevia and reduced sugar recipes, this
concoction won’t thicken properly if you omit sugar. Stir over a medium heat
until it’s thickened. I stop “reducing” when it’s about the consistency of
maple syrup. That’s it.

I drizzle this absolutely gorgeous reduction over crepes. I
use it to sweeten lemonaide. I use it as the base for margaritas and for
daiquiris. Watch out! A kumquat reduction alcoholic beverage can really sneak
up on you! Last night I made a raspberry shortcake, topped with freshly made
whipped cream and pooled the reduction around each serving. This reduction is
so beautiful and unbelievably orange, it looks like it must be
artificially colored. Enjoy! 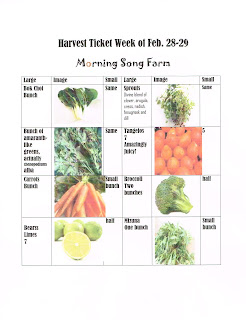 You’ll find an usual bunch of greens this week, a leafy green that Michael Pollan writes about being under appreciated. Truly, it offers one of the finest leafy green stir fry ingredients I’ve ever enjoyed. Chenopodium (Alba) is related to amaranth and the grain quinoa.

We’re boosting our sprout production, and we’re investigating eco packaging for them. They’re the last thing we put in the boxes, harvested minutes before the truck leaves the farm.

Although most of our long timers have seen our Kumquat Reduction recipe, I’m including it here. After you’ve tried a reduction from a Nagami Kumquat, you may never want something as flavorless as pancake syrup again.
The reduction also makes a killer margarita. 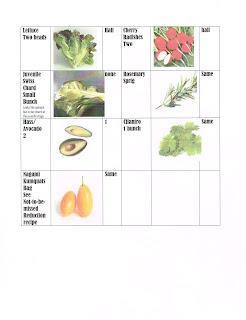 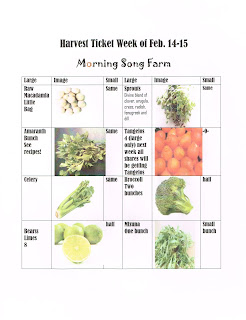 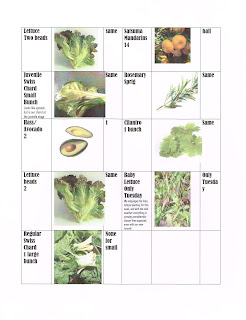 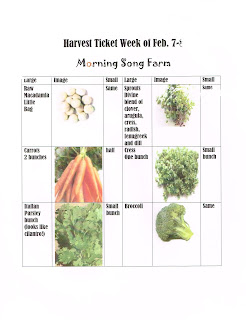 Click on image to enlarge for easier viewing.
Well, we’re still harvesting macadamias, meager harvest that it is. Our nuts are delivered to you in their raw state which is quite different from the ones you may have enjoyed in Hawaii or from the grocery store here. Most macadamia nuts are dehydrated for shelf life purposes which makes them crunchier. Many are roasted in coconut oil with salt added, which makes them even more calerie dense than they are straight from the tree. Originally, we sold MSF’s macadamias at the Santa Monica farmer’s market both raw and dehydrated. We found it hard to keep the two kinds separated, and that was worrisome because the raw foodists at that market were pretty vigilant about not eating anything that had been heated. So we decided to just offer the raw version, and sold out every week with a lot less work and worry. We’ve never gone back to dehydrating our nuts. The downside, is that they must be cracked out the day we deliver, so one of us is spending Tuesday and Wednesday mornings cracking and packaging macadamia nuts now. Although raw nuts have more shelf life than say, apricots, without the dehydrating or roasting process, the raw macadamia still needs to be consumed within a week after cracking open.
We’re back in sprout production, and this week’s offering is a cool blend of clover, arugula, cress, radish, fenugreek and dill sprouts. You’ll see kumquats back in the boxes this week, check out numerous recipes posted a couple of weeks ago. Click on “Kumquats” at the right and they’ll all come up.
0 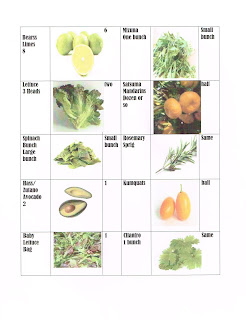