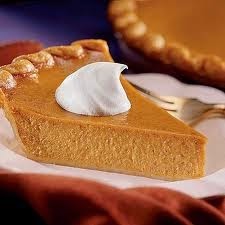 CSA Box Recipe: Lime Season is Upon Us!

Lime Season Is Upon Us 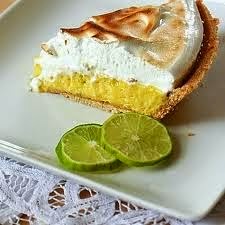 I’m not going to include a pie shell recipe here. You’ll need to have your baked shell ready. This recipe is not a typical restaurant lime pie. It’s got a good bit more zap to it..meaning if you like sweet lime pie, certainly add more sugar. Or go to Denny’s. I like my lime pie to roll just this side of too sour. With the fruit of 200 lime trees to experiment with, I’ve fiddled with this recipe for years. It’s not for sweet tooths. I think it’s the best lime pie on earth.
Ingredients:
3/4 cup sugar
5 Tablespoons cornstarch
1/4 teaspoon salt
Mix together and set aside for a minute.
Combine 1 cup fresh lime juice, 3 beaten egg yolks, 2 tablespoons butter, and 3/4 cup boiling water. Add dry ingredients slowly, blending thoroughly. Bring entire mixutre to a full boil. cook over medium-low heat, stirring constantly, until mixture is thick. This happens fast! Dump pudding-like mixture into pie shell and cool.
For the meringue:
Ingredients:
3 egg whites
1/4 teaspoon of cream of tartar
1/2 teaspoon vanilla
3 tablespoons confectioners sugar. If you don’t have the finer confectioner’s sugar on hand, you can powder your granulated sugar in a Vitamix if you have one. It only takes a second.
Whip egg whites to a consistency that will hold peaks. Add the cream of tartar, vanilla and sugar.
Using a spatula, ice your pie, and then broil the top to a golden brown for 3-4 minutes. Don’t make your peaks too pointy or your peaks will burn. Serve chilled.